Some writers seem to be naturally gifted–they sit down and write, then submit an award-winning manuscript to their editors.

Not exactly. Amanda Cabot’s had more than 30 books published and she still takes the time to edit and revise. Want to know how she does it? Keep reading…

Hello, and thank you so much for being here! Let’s start at the beginning: what do you write? How did you pick your genre?

I write romances – short, long, contemporary, historical, with and without suspense elements. What my stories have in common are heroes and heroines who overcome seemingly insurmountable obstacles to reach the happily-ever-after (HEA) that romance readers demand from their books. As for how or why I chose to write romance, I’m not sure I had a choice. My favorite books to read were always those that had the classic HEA, so when it was my turn to write a book, it seemed natural to write a romance.

How long does it take you to: write the book? Edit it? Finalize it?

For me, the whole process (which I describe in more detail below) takes between six and eight months.

Which was harder to write: the first book or the following books?

The following books have been harder for me, simply because I strive to make each one better than the preceding one. That puts a lot of pressure on me to find new plot lines and characters who are distinctly different from the ones in earlier books. It’s hard work, but anything less would disappoint readers, and that’s not something I’m willing to do.

What’s your favorite book on writing?

It’s a toss-up between Dwight Swain’s Techniques of the Selling Writer and Christopher Vogler’s The Writer’s Journey. Swain, as his title indicates, outlines the basics of writing as a craft, while Vogler provides guidelines for effective plotting.

What’s your favorite writers conference? What do you like about it?

Although I haven’t been there in a few years, Rocky Mountain Fiction Writers’ annual Colorado Gold conference is one of my favorites. The hotel is one of the best venues I’ve found for conferences; the workshops are excellent, the attendees and presenters friendly. I always come home energized and enthusiastic about writing.

How do you combat writer’s block?

Writer’s block – what’s that? While I haven’t suffered from it in its classic definition, I used to reach the middle of the first draft and be convinced that what I was writing was the worst prose in the English language and that my editor would reject the book and demand that I return the advance. But, since I had a contract, I continued writing. Each and every time, when I finished the first draft and reread it, I realized that it wasn’t the worst prose in the English language. It was simply a first draft, and first drafts can – and will be – edited into good stories.

What advice do you have for new authors?

Never give up. If you choose the traditional publishing route, rejection is a fact of life. I won’t sugarcoat it: rejection hurts. But if you let it defeat you, if you stop sending out your manuscript because it was rejected, you’re only hurting yourself. Believe in your book and in yourself.

For me, writing is a multi-step process. I begin with a brief synopsis, which is my selling tool. Once I have a contract, I create a chapter-by-chapter outline, deciding which scenes will be in each chapter. Note: this is not cast in stone. It often changes during the actual writing process, but it provides a basic roadmap.

Next comes the first draft, which I describe as the skeleton. Like Halloween skeletons, it’s ugly, but it’s the framework for the story. I do not revise during the first draft, although I may make notes on pages I’ve already written about changes I want to incorporate into the second draft.

Before I begin the second draft, aka the flesh-and-blood phase, I read through the full manuscript in printed form, making more notes of things I want to change. The second draft is where I incorporate those changes, which may involve adding or deleting scenes. I also add more description and more emotion.

When I finish the second draft, I do another readthrough of printed pages, this time doing what I call the accessories stage – you know, adding makeup and jewelry. The modifications at this stage are minimal, but this is where I catch word repetition, punctuation errors, or other problems that a copyeditor would flag.

Once I’ve finished this phase, I read through the entire manuscript one more time, this time on the computer. It always amazes me how differently my brain sees sentences on the screen compared to on the printed page. It’s only when I’ve done this final readthrough that I’m ready to send the manuscript to my editor.

A young woman with a tragic past has arrived in town . . . and trouble is following close behind

Ten years after her parents were killed, Evelyn Radcliffe is once more homeless. The orphanage that was her refuge and later her workplace has burned to the ground, and only she and a young orphan girl have escaped. Convinced this must be related to her parents’ murders, Evelyn flees with the girl to Mesquite Springs in the Texas Hill Country and finds shelter in the home of Wyatt Clark, a talented horse rancher whose plans don’t include a family of his own.

At first, Evelyn is a distraction. But when it becomes clear that trouble has followed her to Mesquite Springs, she becomes a full-blown disruption. Can Wyatt keep her safe from the man who wants her dead? And will his own plans become collateral damage?

Suspenseful and sweetly romantic, Out of the Embers is the first in a new series that invites you to the Texas Hill Country in the 1850s, when the West was wild, the men were noble, and the women were strong.

Amanda Cabot’s dream of selling a book before her thirtieth birthday came true, and she’s now the author of more than thirty-five novels as well as eight novellas, four non-fiction books, and what she describes as enough technical articles to cure insomnia in a medium-sized city. Her inspirational romances have appeared on the CBA and ECPA bestseller lists, have garnered a starred review from Publishers Weekly, and have been nominated for the ACFW Carol, the HOLT Medallion, and the Booksellers Best awards. A popular workshop presenter, Amanda takes pleasure in helping other writers achieve their dreams of publication.

10 Times You Should Be Sending a Press Release

Download this 2-page, easy-to-read PDF that will show you how often you can get your name out there - don't miss another opportunity to promote yourself!

Enter your email address to sign up and receive your FREE copy today!

Editor. Teacher. Novelist.
A passionate lover of fiction, Karin doesn't just write novels, she helps others write their best stories! A certified substantive editor with the Christian Editor Connection, her goal is to help authors to put her out of business by equipping them with the tools they need to become better writers.

Karin understood my advertising and marketing writing needs and accomplished the project in record time. She asked all the right questions up front to equip herself with enough … END_OF_DOCUMENT_TOKEN_TO_BE_REPLACED

Substantive Fiction Editing: A substantive edit looks at the big picture. Start here to tackle the big issues before moving on to the nit-picky details. Substantive edits not only point out … END_OF_DOCUMENT_TOKEN_TO_BE_REPLACED

Lover of all things fiction, I also love University of Michigan football, the Detroit Lions, Tigers, and Red Wings, kayaking, gluten-free cupcakes, and my husband. 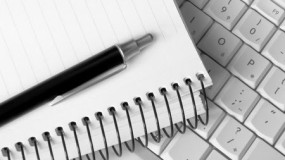